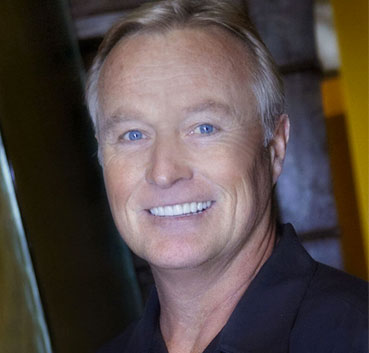 Dr. Mark Peck is a world-renowned and sought-after speaker on esthetic smile design, smile lift procedures, and practice management. He has taught along with the world’s most respected postgraduate clinicians at the Experdent Centers for Dental Excellence, the Las Vegas Institute for Advanced Dental Studies, Baylor University Dental School CE Department, Arrowhead International Seminars, and the renowned Spear Institute Live Patient Programs. The primary focus of Dr. Peck’s practice is in the cosmetic veneers, smile enhancement and full mouth rehabilitation in an environment of knowledge and genuine care and compassion.

Dr. Peck’s passion for dentistry started during his college years. He has always wanted to do something for other people, and he saw dentistry as a great opportunity to help people and make their lives better. His training in the field of dentistry started with his stint as a dental hygienist at Northern Arizona University. He then proceeded to attend dental school at Marquette University. His dental education and training continued at the F.A.C.E. institute in San Francisco for two years. He then went to the Las Vegas Institute for Advanced Dental Studies, where he taught for many years. Today, Dr. Peck is considered as one of the best Scottsdale cosmetic dentistry experts, sharing his expertise in various centers of dental excellence around the United States and Canada.

Dr. Peck may be the most accomplished cosmetic dentist Scottsdale AZ has seen, but he still considers his career in the dental field as a dream career for a dentist. He has, after all, taught—and continues to teach—alongside some of the leading dental practitioners in the world. For him, being able to teach with some of the leading dentists in the world and learning from them as well is a great source of motivation as it allows him to help patients who come to his practice better.

For all its rewards, the best part of his comprehensive training and being able to help people, as far as Dr. Peck is concerned, is the ability they give him to give back to the community and do a lot of charity work. Every year, Dr. Peck works with organizations such as Behind the Bars and Smiles For Life. He especially relishes the thought of helping people on the fringes of society who wouldn’t otherwise be able to afford the quality of cosmetic dental services that he and his partners at Dental Studio 101 provide. Dr. Peck is also proud of the fact that all of the training and continuous education has helped him and his staff set themselves apart to keep helping their patients at a level that’s tough to surpass.

Today, Dr. Peck is one of the most highly-acclaimed cosmetic dentists in Scottsdale. Driving that point home is the fact that he’s been named by Phoenix Magazine as a Top Dentist in the field of cosmetic dentistry for 2016, which marks the 10th year he’s earned that accolade. The Phoenix Magazine citation holds special meaning for anyone who receives it, as the top dentists for Phoenix and Scottsdale are chosen by their peers across the Valley.

Apart from the Top Dentist recognition from Phoenix Magazine, Dr. Peck has also received numerous accolades over the course of his career. From 2008 through 2010, Dr. Peck was named as a “Best of Scottsdale 101” dentist for his work in esthetic and implant rehabilitation. He was also a stalwart in the Gordon Christensen Mentorship Program from 2007 thru 2009. In 2015, he was also named one of America’s best dentists by the National Consumer Advisory Board.

A passion for whitewater rafting

The other passions in Dr. Peck’s life are his wife Marie, who he grew up with as an adolescent, and his two children, Cody and Austin. While Dr. Peck promises not to quit his day job, he pours just as much passion for whitewater rafting. In the summer months, Dr. Peck is employed as a whitewater outfitter rafting guide with a nonprofit whitewater outfitter called ARTA. If you drop by his practice during the summer and see that he’s not there, he can probably be found with a smile on his face in the outback of the Middle Fork of the Salmon River in Idaho. If you’re interested, book a trip with him. It will be one that you and your family will never forget, as you will be guided by the best cosmetic dentist in Scottsdale.

The magic of perfecting just a few teeth. This is

This smile just pops 💥 Reach out TODAY to see h

Let us help you achieve the smile you’ve always